Annetta Jet Droby Emmons was carried by angels to her Heavenly Home to be with her Lord and Savior in the early morning of Monday, February 17, 2020 after recently celebrating her 85th birthday with family and friends. Jet's birth into her Eternal Life will be held on Sunday, February 23, 2020 at 2:00 p.m. at First Christian Church in Tyler with Dr. Chris Pulliam and Dr. Philip Chacko officiating. Burial will follow at Williams Cemetery in New Chapel Hill under the direction of Stewart Family Funeral Home.
Jet was born January 19, 1935 in Palestine to Lewis Droby (immigrant from Lebanon) and Novas Richards Droby. At an early age, she began dancing and performing in recitals, community and church events. In 1953 she graduated from Palestine High School where she had been a majorette, drum major, Sweetheart of the FFA, Senior Class "Cutest" Girl and crowned the Palestine Dogwood Queen, Miss Palestine and Miss Courier Times. After high school she attended Tyler Junior College on scholarship as a recipient from Alfred Gilliam, where she was a featured twirler with the Apache Belles along with being the Apache Belle Princess. She was elected secretary of her freshman class, involved in the drama society, Las Mascaras in which she served as treasurer and belonged to the Sans Souci, a social sorority. She was TJC Freshman Favorite, one of TJC's ten most beautiful girls, Miss Southern Federation at Houston in 1953, Houston Press Valentine 1953 and was also a contestant for Miss Tyler.
Above all, Jet loved the Lord her God and treasured her relationship with Jesus Christ and shared His light and love with others. She was a member of First Christian Church Tyler since 1965. She was involved in the Christian Women's Fellowship, served as a deacon and elder, attended Sunday school, member of the choir and Handbell Choir, involved in the Clown Ministry, counselor for the Christian Youth Fellowship camp programs in Athens. In the community she was active in several book clubs, social organizations and East Texas Cattle-Ettes, where she served as President. She moved to the Dallas area from 2008-2018 to be close to her 3 children and 3 grandsons returning to Tyler in 2018. During that time, she became active in the First United Methodist Church in Coppell, where she was involved in the Sunday school class, Vacation Bible School and church circle. Also, she involved herself in the Coppell Women's Club serving as Vice President and the Sunshine Chair as well as several literary book clubs. Wherever she was she became active and involved in her community with a servant's heart. She served the Lord as an encourager and remained a faithful prayer warrior.
She began her career with the Smith County Courthouse as a deputy clerk in the District Clerk's office. She loved children and worked in the Mother's Day Out and preschool program at the First Christian Church from 1975-2008, where she was the Assistant Director for 5 years.
Jet was preceded in death by her husband of almost 50 years, Kenneth Emmons, and her first husband, Py Pinkston. She is survived by her loving family including her children, Sky Pinkston (Cheryl), Pylar Pinkston (Keith Thompson) and Todd Emmons (Nicole); grandchildren, Cody Pinkston, Reed Emmons and Miles Emmons; first cousin, Geline Dodd; and niece, Lisa Drafahl (David); along with several other nieces and nephews; sisters-in-law; and brother-in-law.
Pallbearers will be Joey Braly, Bill Corbin, David Drafahl, Larry Gilliam, Marion Osburn, Chris Poeschl, David Scholl, and Keith Thompson. Honorary pallbearers will Ed Barry, Joe Bryant, Johnny Emmons, Stan Sims, and Troy Smith.
Visitation is scheduled from 5:00 -7:00 p.m. on Saturday, February 22, 2020 at Stewart Family Funeral Home, 7525 Old Jacksonville Highway, in Tyler.
If desired, memorials may be made to First Christian Church, 4202 South Broadway, Tyler, Texas 75701.
Published on February 21, 2020
To plant a tree in memory of Annetta Jet Emmons, please visit Tribute Store. 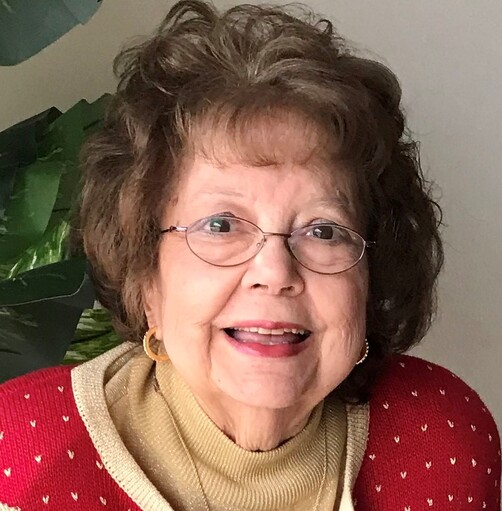 Plant a tree in memory
of Annetta

A place to share condolences and memories.
The guestbook expires on May 21, 2020.