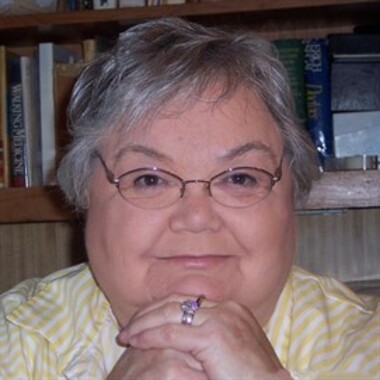 Back to Diane's story

Oakwood native Diane Atkinson Smart passed away in McKinney, Texas on February 3rd, 2020 at the age of eighty.
Born in Livingston on October 26th, 1939, to Arnold and Quinda Atkinson, Diane moved to Oakwood in 1946 when her recently widowed mother married Lester Rozelle, the superintendent of the Oakwood schools, which Diane attended until her graduation. She married her high school sweetheart Jimmy Smart shortly thereafter and they had three children - Lisa, Greg and Lynn - before Jimmy was killed in a car accident in 1963. Then Diane enrolled in the East Texas School of nursing to become a licensed vocational nurse. Some years later she returned to school and graduated as a Registered Nurse. She spent her entire career as a nurse.
Diane was preceded in death by her mother, father, stepfather, and her grandson Joe Sallee. She is survived by her son Tom (Greg) Wilson and his wife Suzy, daughters Lisa Wilson and Lynn Sallee, grandchildren Casey Rowden Duncan and Chad, Justin Sallee and Bethany, Quinn Wilson Anderson and Brett, Jeremiah Salee, Kelli Wilson, Mackenzie Wilson, sister Janie Ives and her husband Thomas, brother Ron Rozelle and his wife Karen, six great grandchildren, and a host of nieces and nephews, cousins, and friends.
A memorial service will be held on Saturday, February 15 at noon in Oakwood at the First Christian Church with Reverend Thomas Hill officiating. Diane will be buried in the Oakwood Cemetery beside her first love Jimmy, barely a stone's throw from the old football field where he was once a star and she was his special cheerleader. In lieu of flowers, anyone wishing to make a memorial contribution is invited to consider the SPCA. Diane had a special place in her heart for animals, and two of her devoted companions toward the end of her life were her dog Daisy and her cat Sweet Pea.
Diane's sweet spirit and joyous laugh will be missed by many. She will be always remembered and loved.
Published on February 5, 2020
To send flowers to the family of Diane Atkinson Smart, please visit Tribute Store.

Send flowers
in memory of Diane

A place to share condolences and memories.
The guestbook expires on May 05, 2020.

Phyllis Anderson Arnold
To Lisa Wilson, you may not remember me, but we were good friends when we were kids. My mom was Dorothy Anderson, she worked with Diane. I think my sister Michele also worked with them for a while, when they worked for Dr Warren Many years ago. At any rate, so sorry you lost your mom, she was always so sweet. Prayers for you and your family