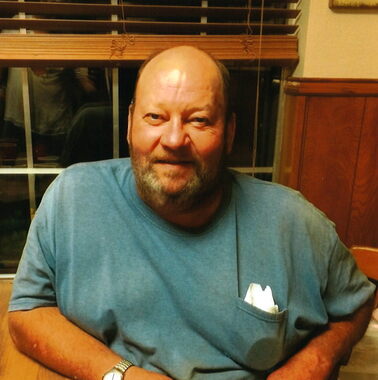 Back to Earl's story

Funeral services for Earl Brooks, 63, of Montalba are scheduled for 2:00 p.m. Tuesday, January 14, 2020 at the Hannigan Smith Funeral Home with Randy Jones officiating. Interment will follow at Oaklawn Memorial Park Cemetery in Athens.
Mr. Brooks passed away on January 11, 2020 in Tyler.
Earl Ray Brooks was born April 22, 1956 in Oklahoma the son of Harold Wayne Brooks and Elsie Jane Wyrick. In his younger days, he could be found boating and playing baseball. He retired from Trinity Valley Electric Co-op on August 22, 2014 after 31 years of service. Earl always looked forward to October 1, as this was the day that he was in Wyoming with his family and friends hunting antelope. He also enjoyed fishing, especially with his grandchildren as they would often get their fishing lines tangled and he would untangle it for them. Earl also liked nascar, football, baseball, playing 42 and riding in his Kawasaki mule with his wife Paula, as this was relaxing for them. Earl was a Mason and attended the Athens Masonic Lodge #165.
He was preceded in death by his parents and two brothers, Harold Wayne Brooks, Jr. and David Jeffery Brooks.
Earl is survived by his wife Paula Brooks of Montalba; two children, Nikki Gail Harris and husband Brad of Eustace, Jodie Michelle Wilson and husband Andrew of Athens; two brothers, Darrell Lynn Brooks and Peggy Lewis of Lufkin, Jimmy Don Brooks, Sr. and wife Shane of Palestine; four grandchildren, Cooper Harris, Colton Harris, Hunter Wilson, Riley Wilson; nephew Jimmy Don Brooks, Jr. and wife Erin; two nieces Emily May and husband Thomas, Sarah Roy and husband Jason; great nieces and nephews, Courtny Brooks, Braydin Brooks, Hesston Huff, Kendall Huff, Jackson May, Walker May, Barrett May and Olivia Roy.
Serving as pallbearers will be Ralph Hopper, Andrew Wilson, Brad Harris, Jimmy Don Brooks, Jr., Todd Tanner and Keith Knight.
Visitation will be held prior to the service on Tuesday from 1-2:00 p.m. at the Hannigan Smith Funeral Home.
In lieu of flowers, memorial contributions may be made to the Shriners Hospital for Children, Attn: Office of Development, 2900 N. Rocky Point Dr., Tampa, FL 33607.
Funeral arrangements were entrusted to the Hannigan Smith Funeral Home family.
You may light a candle or write condolences to the family at www.hannigansmith.com
Published on January 13, 2020
To send flowers to the family of Earl Brooks, please visit Tribute Store.

Send flowers
in memory of Earl

A place to share condolences and memories.
The guestbook expires on April 12, 2020.