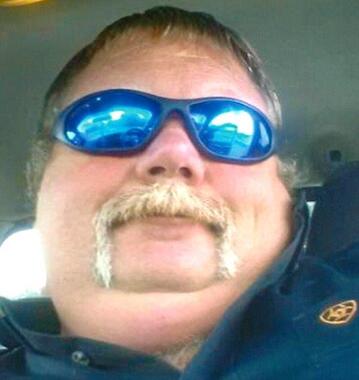 Back to James's story

Services for James Glenn Gray of Blackfoot are scheduled for 10:00 A.M. Thursday, February 13, 2020 at Friendship Baptist Church with Reverend Jerry Horine officiating. Burial will follow at Rock Church Cemetery. Arrangements have been entrusted to Bailey & Foster Funeral Home.
James died at the age of 46, February 9, 2020 at his residence.
James was born September 13, 1973 in Palestine, Texas to Jerry and Jerry Lynda Gray. He grew up in the Blackfoot Community and graduated from Cayuga High School. He worked in construction, truck driving, and spent the last 11 years working for the City of Palestine. His time for the City of Palestine was spent at the airport and then finally as Streets Department Supervisor. He was a faithful member of Friendship Baptist Church.
James enjoyed hunting, playing 42, and especially fishing for big catfish. He had a passion for his Harley Davidson motorcycle and raising any unusual pet he could buy. James held a great knowledge of mechanics and carpentry and always took pride in fixing things himself. As a young boy he spent his summers in the hayfield with his dad, Papaw, or Uncle Chip. He was a lively, boisterous personality and will be greatly missed.
He is preceded in death by his father, Jerry "Hopper" Gray and his mother, Jerry Lynda Satterwhite Gray.
Those left to cherish his memory include his wife of nineteen years Wendy Gray, daughters Brittany Moore and husband Anthony of Cayuga, Tiffany Gray of Fairfield, Madysen Tyer of Rusk, Tx., and Jamie Gray of Blackfoot, son Dalton Gray of Blackfoot, four grandchildren, Katie (Bug), Jaysen (Fish), Savanna (Monkey), and Adelin (Little Piggy), grandmother Ruby Gray of Blackfoot, sisters Kim Sanders and husband Jason of Blackfoot, Laurie Jordan and husband Trey of Dry Creek, La. and brother Jody Gray and wife Bailey of Blackfoot. Additionally James leaves multiple nieces, nephews, cousins, aunts, uncles, and friends.
Serving as pallbearers will be Dalton Gray, Anthony Moore, Jeremiah Dugan, Jason Shelton, John Elrod, Jody Gray, Jason Sanders, and Trey Jordan. Honorary pallbearers will be Don Bell and Zack Holloway.
The family will receive friends from 6:00 to 8:00 P.M., Wednesday, February 12, 2020 at Bailey& Foster Funeral Home.
Flowers or in lieu of flowers donations can be mailed to Friendship Baptist Church Building Fund at 7220 FM 860, Montalba, TX. 75853.
To view online leave condolences or sign the guest book go to www.baileyandfosterfuneralhome.com.
Published on February 10, 2020
To send flowers to the family of James Glenn Gray, please visit Tribute Store.

Send flowers
in memory of James

A place to share condolences and memories.
The guestbook expires on May 10, 2020.

Jerry & Shelda Pelt
Prayers and condolences to the family. So sorry for the loss of your brother, Laurie.
Billy & Ritha Henry Norman
James was a wonderful, caring friend and he will be greatly missed. He touched many lives! You are all in our prayers, both now and in the days ahead. Please let us know if we can do anything for you. We love y'all!
Tanya Reedle and James Britton
Our prayers and condolences to this family. So sorry for the loss. God has him now and his pain is gone. Wendy if we can do anything please let us know.
View all