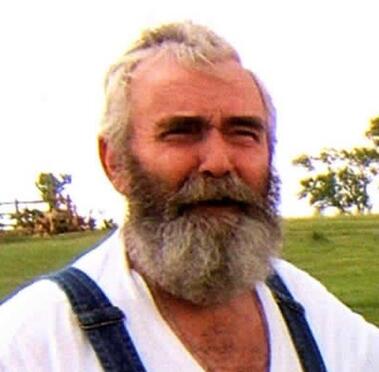 Back to James's story

James Willis Murdock of Collinsville, Tx. passed into his eternal home January 2, 2020 at age 81. Services for Mr. Murdock will be Saturday, January 11, 2020 at 11:00 A.M. at Bailey and Foster Chapel. Interment will follow at Garden of Memories Cemetery in Elkhart, TX. Family will receive visitors at 10:00 A.M. in the chapel prior to the service.
Mr. Murdock was born November 30, 1938 in Hale Center Texas to B. F. and Evis Peterson Murdock. Mr. Murdock passed away after a lengthy illness at Carrus specialty hospital in Sherman, Tx 0n January 2, 2020. He served in the army from 1961-1963 as a cook. He learned the trade of being a meat butcher in Elkhart Texas. He then moved to Houston and managed two meat markets. During retirement, he found that landscaping and gardening was his passion. He had a sense of humor to make people laugh and was very caring. He spent a lot of time reading his bible and in church.
James was preceded in death by his parents, a granddaughter Jessica Michelle Thompson, a grandson Michael Joe Murdock II and two great grandchildren Jaydon and Leah Thompson. He is survived by his daughter Michelle Murdock Martin and spouse Michael, grandchildren Joshua Starr and Justin Meador. Son Michael Joe Murdock I and wife Margo, sister Billie Marie Durnell, nephews Mark Durnell, Randy Durnell, Craig Durnell, nieces Melissa Durnell and Gayla Durnell Lacy, brother Max Franklin Murdock and wife Kathy, nephew John Murdock and niece Jana Murdock Krenek and husband Phillip, and many other great nieces, nephews and cousins.
Pallbearers will be John Murdock, Craig Durnell, Randy Durnell, Del Emery, Phillip Krenek and Michael Martin.
Honorary pallbearer-Michael Joe Murdock I.
To view online leave condolences or sign the guest book go to www.baileyandfosterfuneralhome.com.
Published on January 9, 2020
To send flowers to the family of James Willis Murdock, please visit Tribute Store.

Send flowers
in memory of James

A place to share condolences and memories.
The guestbook expires on April 08, 2020.