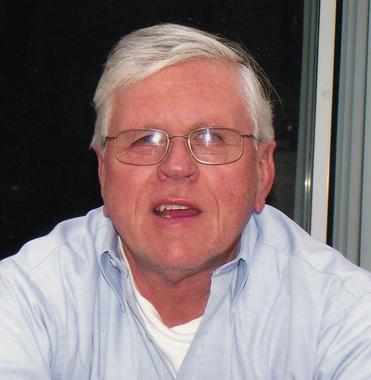 Back to Robert's story

Robert "Bob" Wells, Jr., age 77, of Palestine, Texas went to his heavenly reward February 13, 2020.
Services will be held at the Church of the Nazarene on Sunday, February 16, 2020. Visitation with family will begin at 1:30 p.m. and funeral services will start at 2:30 p.m.
Robert was born September 10, 1942 in Del Rio, Texas. His parents bought a small farm when he was 5 years old and he grew up in Danville, Arkansas. There he developed his life long work ethic. He milked cows two times each day, had a bicycle paper route, and washed cars on Saturdays at his Dad's gas station.
Robert got saved in that small town and started attending church. His parents followed his example and began to attend with him and were subsequently saved and became active Christians. His legacy of steering his Family to church and God never ceased. He taught Sunday School for over 50 years just recently stopping due to his failing health.
Robert and Dorothy moved to Texas in 1964 and he started work for MoPac RR in 1966. He retired with Union Pacific RR in 2006.
Following his retirement, his mother became ill and he and his sister Trisha cared for her in her home until her death in 2011.
He is survived by his wife, Dorothy Eubanks Wells; daughters, Jennifer and Randall Smith of Palestine, Jessica and Gene Williams of Pert, Laura and Thomas Starkey of Palestine, a sister, Trisha Thomas of Palestine; grandchildren, Maggie Williams, Katie Smith, and Garrett, Molly, and Jackson Starkey.
He is preceded in death by his parents, Robert Wells, Sr. and Betty Jean Wells.
Pallbearers will be Randall Smith, Gene Williams, Thomas Starkey, Garrett Starkey, Dave Raybin, and Jeff Chancelor.
Honorary pallbearers are Lloyd Kelsey, Robert Poteet, Ron Carson, and Jerry Scruggs.
In lieu of flowers, family request donations be made to the Church of the Nazarene Building Fund, 1850 E. US Hwy 84, Palestine, TX 75801.
View online at www.herringtonfuneral.com.
Published on February 14, 2020
To send flowers to the family of Robert "Bob" Wells Jr., please visit Tribute Store.

Send flowers
in memory of Robert

A place to share condolences and memories.
The guestbook expires on May 14, 2020.

Kathy Jones
I just saw this and am sad to hear it. I loved the way he came to his mother's in the mornings to have coffee and read the bible to her. So sorry for your loss to the family.
Dale and Linda Cotten
Bob was a special man. He was a wonderful neighbor to Dolly and Hershall. There’s no doubt that he’s with God today where we all want to be someday.
View all