Tonita Mattern of Palestine, Tx. passed away on Sunday morning, 2/9/2020 at Hospice of East Texas after being admitted 6 days prior.
Born in Corpus Christi on July 13th, 1960, Tonita was the first born of the late Virginia and Carl Johnson. She had 4 siblings: Carl Johnson, David Johnson, Therese Martolano, and Richard Johnson.
She was married to Glen Mattern to which they had 4 beautiful children.
Tonita thrived on being a stay at home mother to take care of each of her children and assisted Glen with fishing tournaments in the later years of their life. The couple fished in many "2 of Us" tournaments and were even featured in the Honey Hole magazine for the outstanding bass they caught together, as well as a family. Tonita enjoyed time with her family most of all and enjoyed making people smile. One thing she looked forward to, was calling family on Sundays and greeting them with, "Happy Sunday!"
She is survived by her 4 children, Shaun Mattern, Nathan Mattern, Tiffany Cooksey, Crystal Mattern, as well as her eight grand children: Ashlyn, Mason, Micheala, Nate, Donavan, Cameron and Addison. Another blessing she was thrilled about was being called a Great Grandmother to Kaesyn!
Memorial gifts/donations are welcome to be delivered to Boren-Conner Funeral Home in Bullard, Tx. at 550 S. Dr. M Roper Pkwy. A personal family memorial will be held following cremation on the weekend of March 13th. Arrangements will be made by Tiffany Cooksey and Crystal Mattern.
Published on February 13, 2020
To send flowers to the family of Tonita Raye Mattern, please visit Tribute Store. 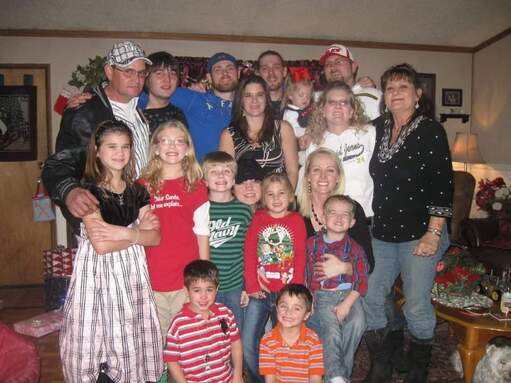 Send flowers
in memory of Tonita

A place to share condolences and memories.
The guestbook expires on May 13, 2020.

Terran Smith
You were one of my most favorite people ever known. I will always cherish the many memories I have of you. Love you always.
Edward and Penny LeGtae
We shall miss our little flower girl from our wedding. Always fun to visit with. Love you.
Aunt Yvonne Ramirez
Tonita was a beautiful soul. She would always call us and wish us Merry Christmas- without fail. May you soar high with those new wings! We will miss those calls.
Debra Plummer & Family
My deepest condolences to each of and your family. I am so sorry for your loss!!!! Tonita will always hold a special place in my heart. She would call me and say well hello Mrs. America.....Debra Plummer.....and go on to tell me about bringing Chris over to see her and rope the cow she was always so chipper. She will be greatly missed.
Timor & Margaret Martin
So sorry for y’all’s loss. Y’all meant everything to your Mom. We love each and every one of you.
Jeanenne Dehart

So sorry for your loss . If there is any thing I can do baby girl ,just let me know. I love you.

Shawn Dodson
I guess the best memory I have! Was when I have Glenn and Tonita the crown of thorns I made! It has a picture of Glenn, Steven, and Tiffany! The look on Glenn's face was more than worth it! I'm so glad I got spend time with them!!! I miss them doth! I LOVE Y'ALL VERY MUCH! Y'ALL ARE GREATLY MISSED! YOUR FRIEND SHAWN!!!
View all